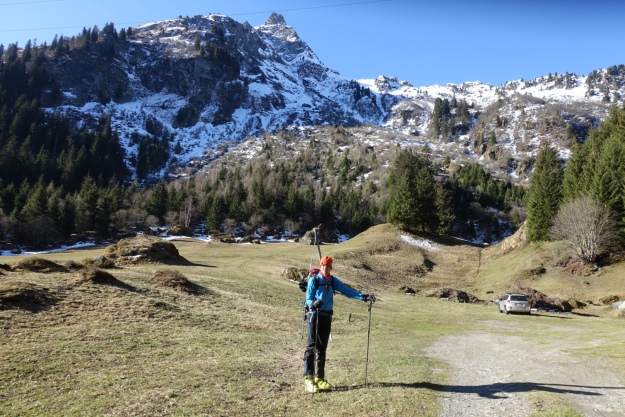 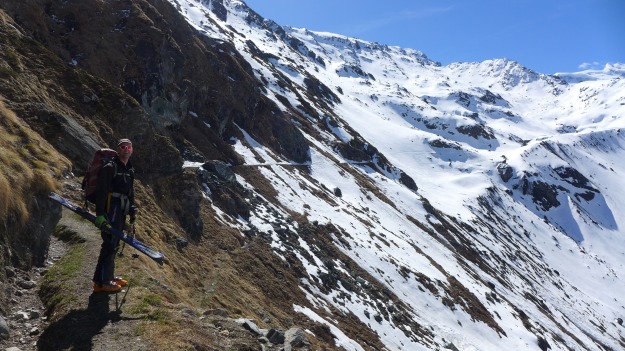 on the way to Pannosiere 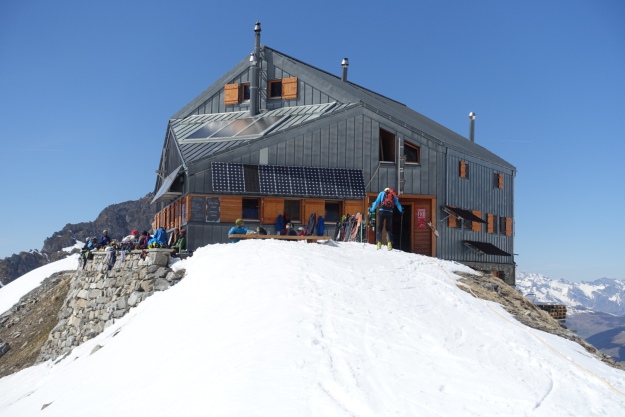 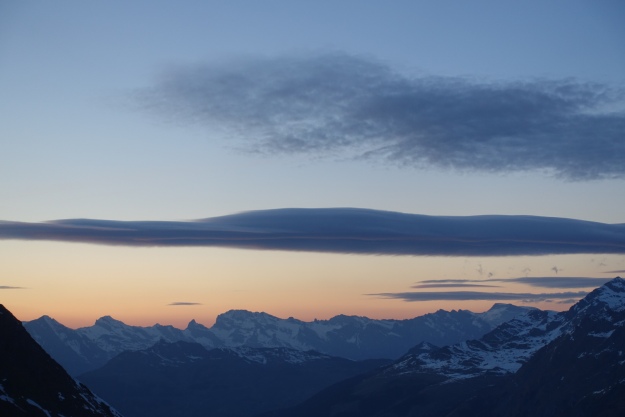 Start in a long day … 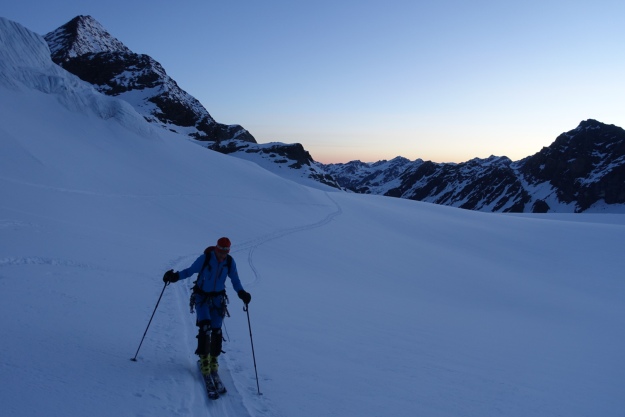 on the way to the so called breakfast place 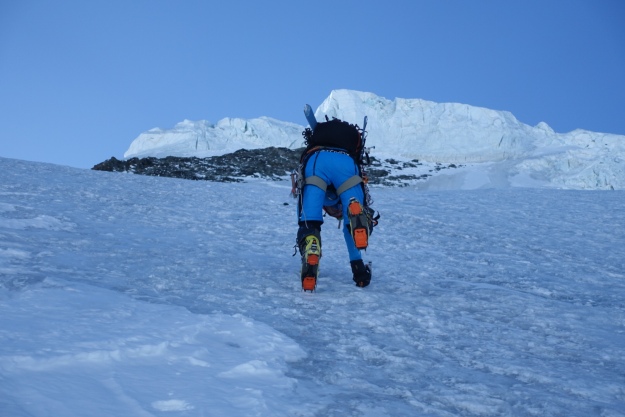 in the NW wall of Grand Combin

The upper part of the north west wall had perfect conditions 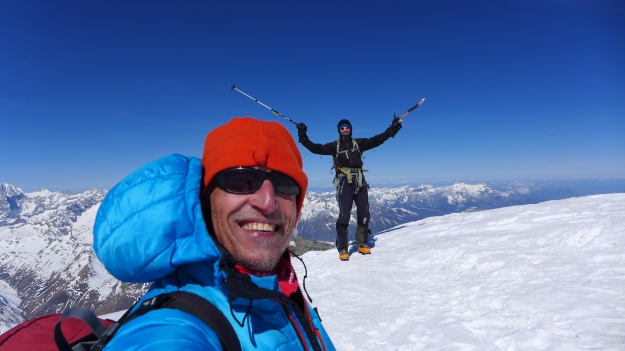 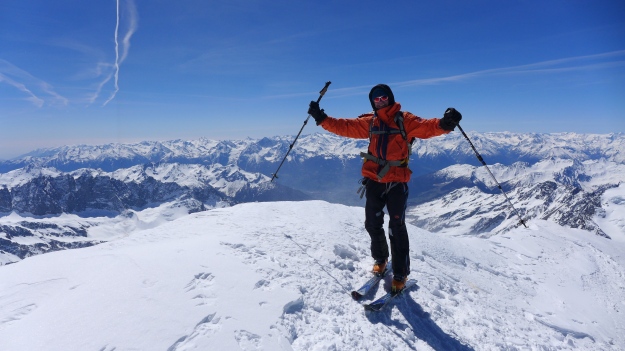 looking back to le corridor 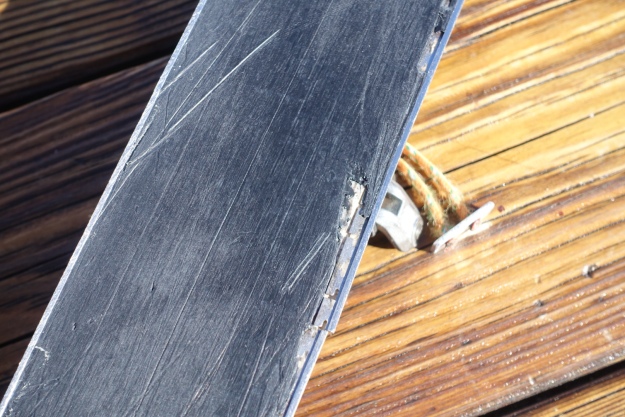 Repairs also at my trousers 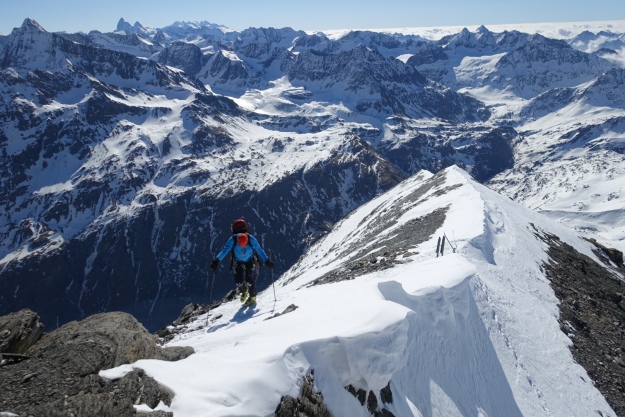 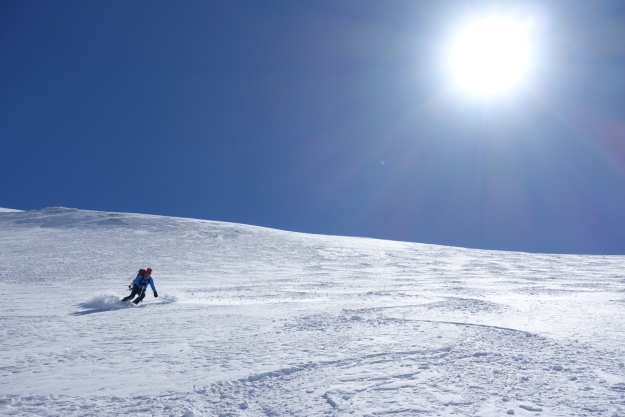 [2017-04-25 and 26]
Bad weather in the alps for the next days. We moved to italy side of wallis to avoid expensive swizzerland during rest days. 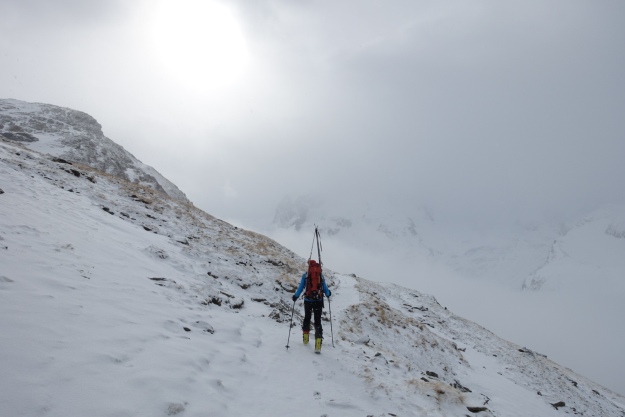 On the way from train station rotenboden to Monte Rosa hut

Now it is Henk who has broken his stick 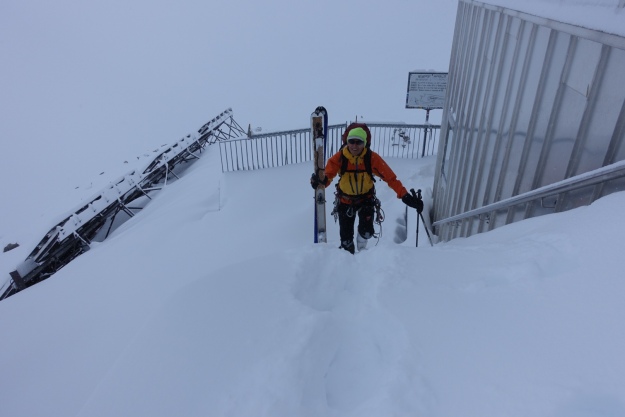 Slf.ch and meteowiss.ch predicted view cm of snow … we had exactly 40 cm 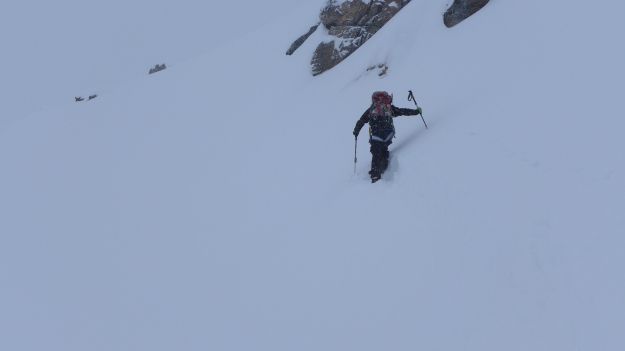 one of the steepest sections: accessing the Obere Platje 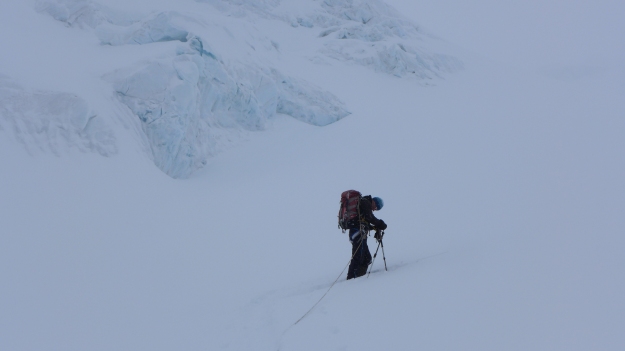 checking gps for the right track

one of only two snack stops 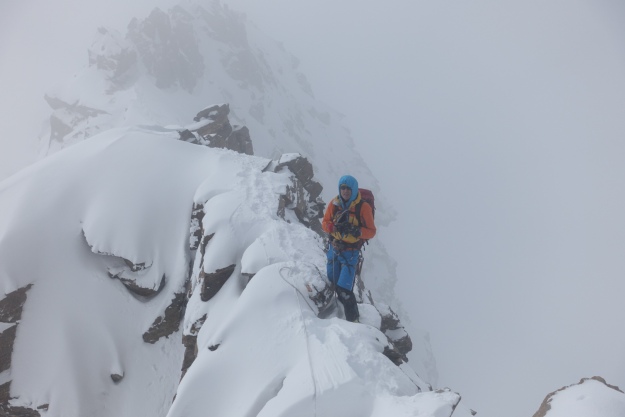 Summit of Dufourspitze with -23 ° and some wind 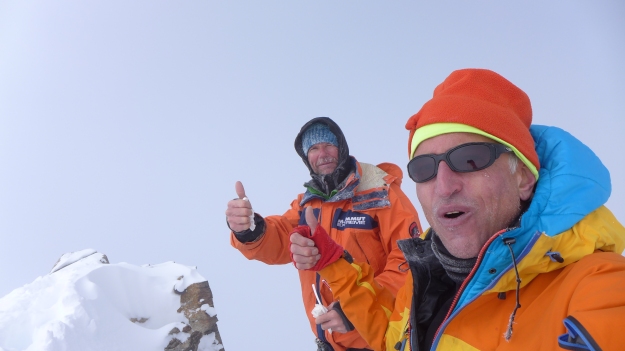 The whether became perfect when we left the summit 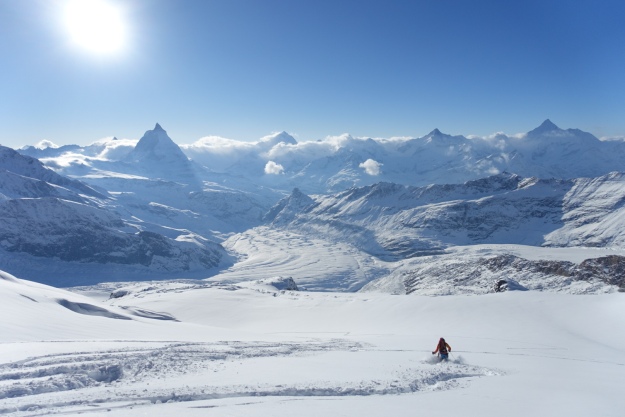 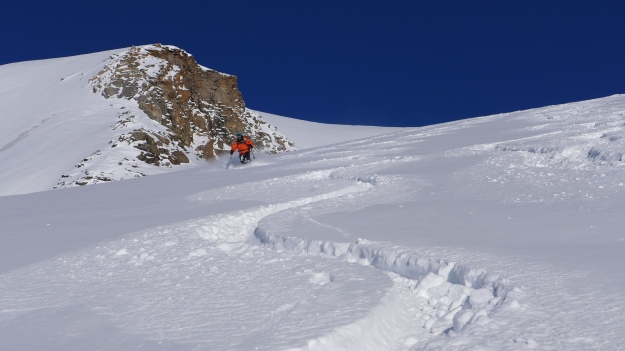 [2017-04-29]
Went from Monte Rosa hut via Lisjoch and Passo del Naso to rifugio Quintino Sella. We were again the only guests. 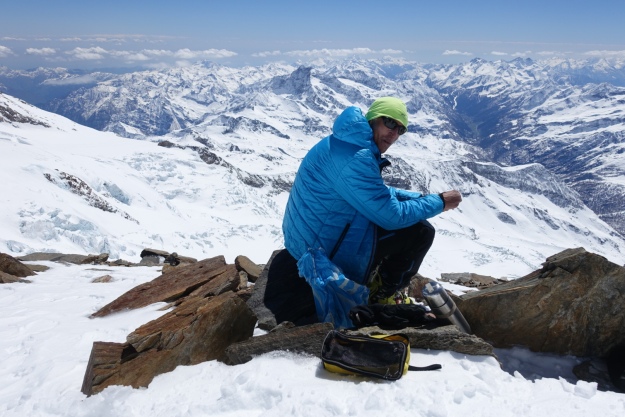 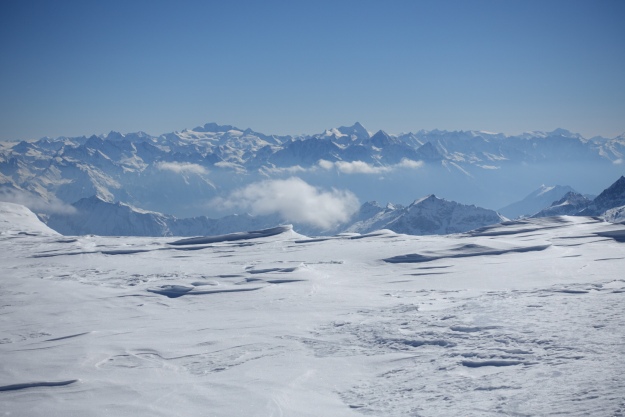 [2017-04-30]
My birthday started at 3:30 am. Breakfast at 4 am. We reached both Lyskamm summits and traversed castor to reach the ski slopes from klein matterhorn and skied down to Zermatt. As Henk reached one week before I completed now also all 82 summits above 4000 m in the alps. 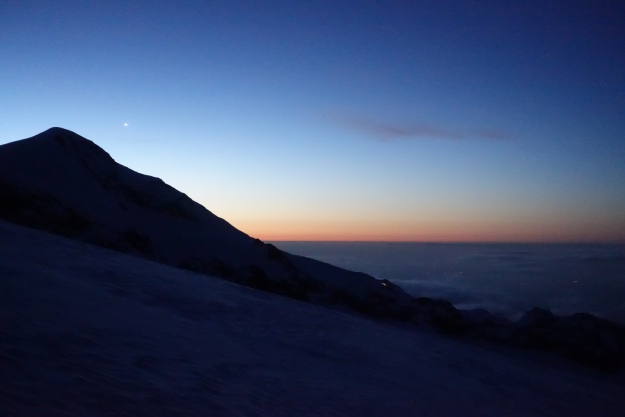 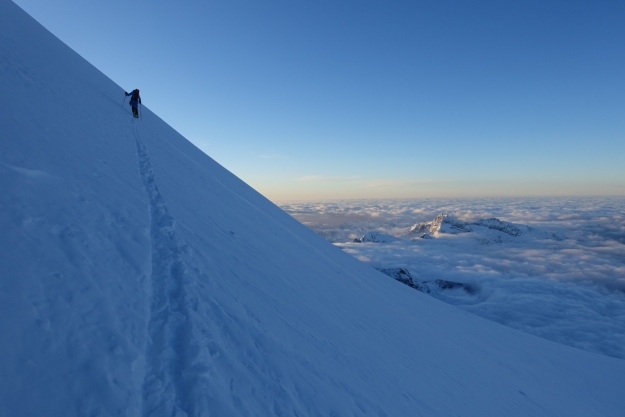 The last meters before Felikjoch 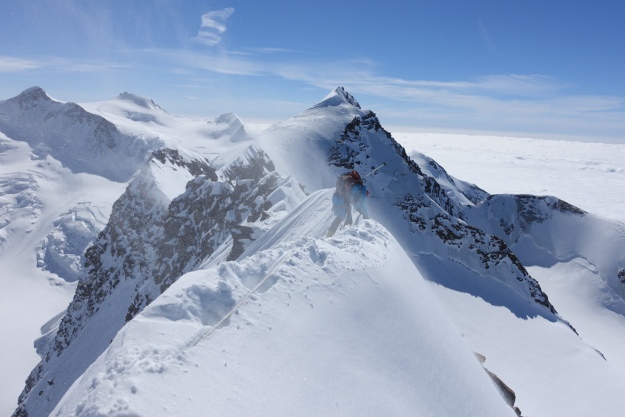 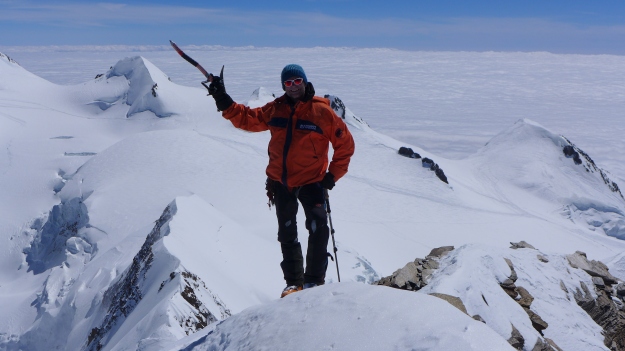 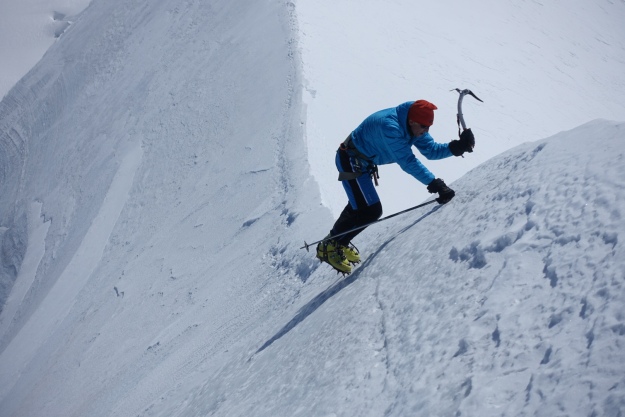 And again the way back to Liskamm west summit 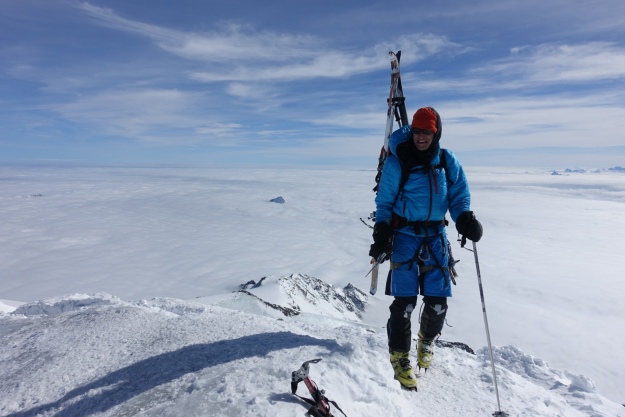 View from Breithornplateau which we reached at 7 pm. Finally we reached the Mc Donald in Zermatt at 9 pm